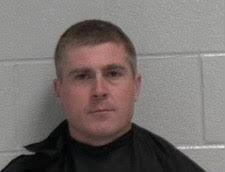 A Carroll County Grand Jury has issued a six-count indictment against a local doctor, accused of using a computer network to examine people’s medical data without authority.

The three counts of  Computer Invasion of Privacy (O.C.G.A. 16-9-93(c)) relate to allegations that Harris did intentionally use a computer and a computer network to examine medical data and/or prescription information of three individuals, with the knowledge that such examination was without authority, contrary to the laws of the State of Georgia, the good order, peace and dignity thereof.

The indictments were filed four days before a Franks Hearing was scheduled in front of Judge William Hamrick. A ‘Franks Hearing’ is when the court is asked to determine if the police officer involved lied in obtaining a search warrant. The hearing did not take place Tuesday morning and has reportedly been cancelled.

The indictments are related to Harris’ arrest in July of 2021. Carrollton Police investigators determined that he had logged onto the patient portal at a local hospital, as well as the Georgia Department of Public Health, to get patient information and details about an emergency room visit of a child.

Court records claim he searched for prescription drug information on the patient’s mother, then used that list of medications to file a complaint with the medical board of Georgia to have her nursing license revoked.

Harris was booked into jail, but immediately released without bond, with the promise to show up at his preliminary hearing, which he did.

Harris has been a polarizing figure in the community over the last several years.

While patients and former patients praise his medical methods and talents, he has had his critics, too.

Harris was one of a handful of vocal critics of Carrollton’s proposed ‘lane-diet’ for Bankhead Highway, part of the city plan to rehabilitate an entrance into town.

As a property owner, he fought with the city of Carrollton over the paint scheme for a Pelican’s SnoBalls franchise. The city said the colors did not meet city code. Harris said the code was vague. That matter and any potential fines were eventually dropped by the city.

Harris also sparked controversy in 2020 when he announced plans to turn a property he owns into a molecular lab for virus sample testing. The property is the former George Washington Carver High School, Carroll County’s segregation-era school. Community members challenged Harris’ plans and he had difficulty getting Carrollton to approve the zoning required for a lab.

Harris has run two unsuccessful campaigns for Carrollton City Council. He also told WLBB Radio in March of 2020, about an exploratory plan to run for Governor of Georgia. He ultimately decided against qualifying for that race.