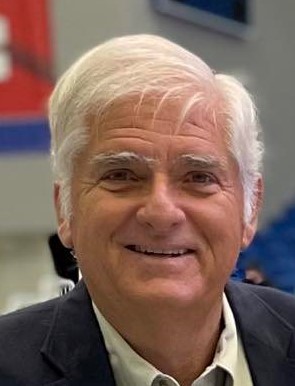 The Carroll County Schools District on Monday denied an assertion made by a candidate for the school board of education, that the school district is breaking BOE policy and state law – when it comes to the amount of money the district currently shows to possessing in the district’s unreserved fund balance.

District 5 candidate Bill Kecskes e-mailed a letter to the schools’ superintendent, board of education, and local media over the weekend— quoting portions of local and state policy – “The target is to maintain a fund balance, net of non-spendable and restricted resources, of not less than 12-14% of annual operating expenditures for the subsequent fiscal year budget, not to exceed 15% of the total budget of the subsequent school year in compliance with OCGA 20-2-167(a)5.”

The want-to-be board member refers to the state’s recent decision to refund $1.6B in excess funds to Georgia taxpayers, when suggesting “An obvious solution to this dilemma would be for the BOE to refund the $24,191,266 with a one-time lowering of the millage rate for the next tax year.  As the current millage rate is 17.998; a one-time lowering of the millage rate to 8.558 mils would achieve this refund to the taxpayers of Carroll County.”

Tax payers certainly would appreciate paying less in taxes next year, however schools superintendent Scott Cowart suggests that some of the info provided by Kesckes is incomplete—therefore, the ‘dilemma’ and ‘obvious solution’ are invalid.

Beginning with the claim that state law requires maintaining a fund balance not to exceed 15% of the total budget of the subsequent school year, Cowart says the policy clearly states, that number is only a target.

Also, Cowart says, when determining how much money is actually in reserves, the real number to consider is the one at the end of the fiscal year.

“What we look at is the amount we have in fund balance at the end of our June month because that is the end of the fiscal year. We want to look and see what our percentage is at the end of June,” Cowart told WLBB Radio. “We have a chart that really lays out for the last eight years our fund balance by month and you can track and see where we are at this month. Because of the nature of ebb and flow of property tax money and state dollars it goes down drastically.”

Cowart said, “So we will get into June and we’ll be 21- 22 -23 million dollars– something like that –so we will be right in the range of that target.”

Maintenance of a fund balance is essential for school districts to mitigate financial risk that can occur from unforeseen revenue fluctuations, unanticipated expenditures, and similar circumstances.

A school system press release stated the district’s balances are highest in December through February; and lowest in September and October, due to the periodic tax collection schedule.

The Community Foundation of West Georgia today announced grants totaling $25,508 to local teachers at 19 schools from The Alice

The Carroll County Schools District learned on Wednesday they will have to wait until at least January of 2023, before