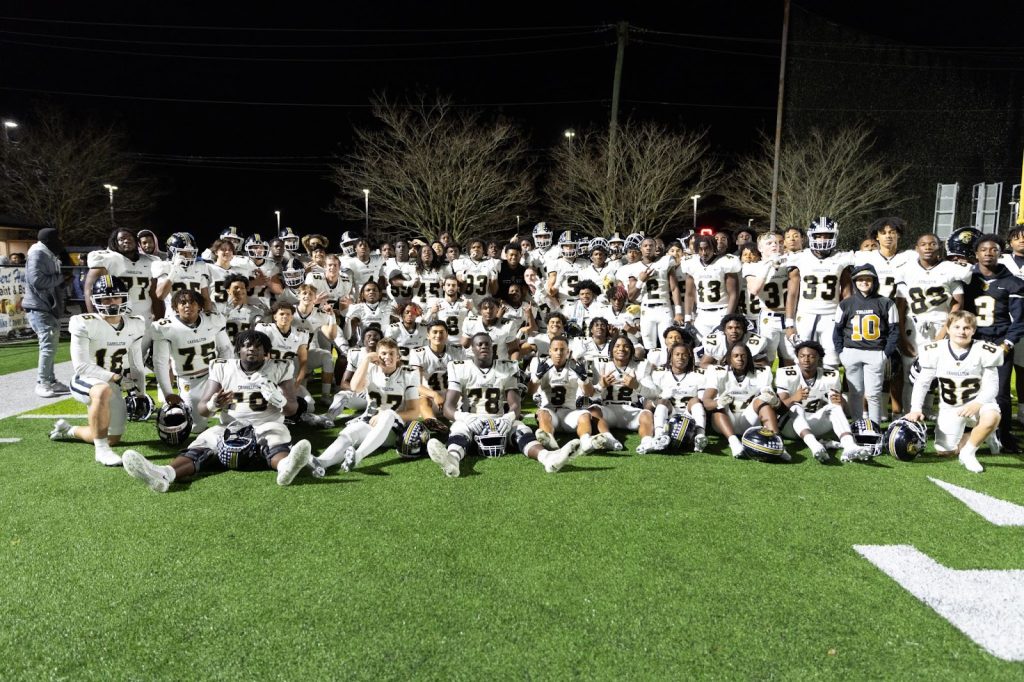 CARROLLTON, GA — After a 35-27 victory over Colquitt County Friday night, the Carrollton Trojans are headed to the Georgia High School Association State Championship game for the first time in nearly a decade. The Trojans will face nationally ranked Mill Creek Saturday in Atlanta.

Mill Creek is located in the upper eastern suburbs of Gwinnett County. While Saturday’s game will be its first state title contest in football, it is ranked No. 20 in the country. Last week, the Hawks handily defeated Milton High School 48-14, which last won a state championship in 2018. Among the largest schools in the state, Mill Creek’s population is more than double the size of Carrollton High School, at 3,812.

Carrollton is finishing its second season under the leadership of Joey King, but state championship contests are not new to the former Trojan quarterback coach. He was on Carrollton’s staff the last two state final contests before serving a five-year tenure as Cartersville’s head coach, where he produced a 67-4 overall record, competed in four state title games, and ultimately captured two 4A state championships.

“Our boys have done a good job staying committed all year long,” said King. “It’s a grind, but these kids have really embraced it and are doing a tremendous job. We’re thankful to be in the position we’re in.”

The Trojans made two appearances in the finals during the tenure of former head coach Rayvan Teague but was not able to churn out a state trophy either time. First, in 2010, the Trojans lost to Sandy Creek, and then in 2013, Griffin High School took the title. The last state championship win for Carrollton was in 1998 under the leadership of legendary head coach, Ben Scott.

“We knew when we moved to 7A that we would be small compared to some of the other players,” he said. “But we are fast. And we try to use that to our advantage.”

But Carrollton High School Athletic Director Paul Fitz-Simons said there’s something other than speed that sets the Trojans apart — and that’s brotherhood.

“This team is really something special,” he said. “They are truly brothers and love each other like family. It has been awesome watching them compete at such a high level the way they have and make it to the state championship. It’s a testament to our athletes, coaches, and fans. I am so proud and excited for these kids.”

The 7A GHSA State Championship game is Saturday, Dec. 10 at Center Parc Stadium (formerly Turner Field) at 7 p.m. in Atlanta. More game information can be found at www.carrolltontrojans.net