Martin allegedly visited a website known for connecting adults with under-age individuals. Then, allegedly traveled to Tallapoosa to meet up with who he allegedly believed to be an under-aged female. He was met by law enforcement.

Our undercover officer had been communicating with the suspect over a 24-hour period. Then the individual agreed to meet who he believed to be an underage girl in Tallapoosa, Tallapoosa Police Chief Scott Worthy told WLBB Radio. We hate that adults and under-aged individuals are getting involved in this type of thing Its sad. Its sad for anyone to be involved, but to find a teacher doing this who works with kids every day. Its really, really sad. The thing is that most of our suspects lead a different lifestyle away from their professional life. Most of their family and employers are all surprised when it happens.

The school district learned of the charges last night soon after Martins arrest. 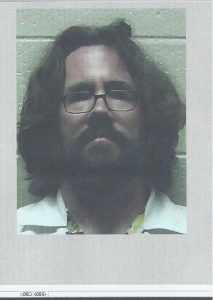 Martin is being held in the Haralson County Jail.

The incident does not involve a Carrollton City Schools student or former student.

When we heard about his arrest, we were shocked and found it hard to believe, Albertus continued. Mr. Martin was regarded as one of our exceptional teachers and students and faculty alike held him in high regard.

Martins Facebook contains several posts from former students, referring to him as their favorite math teacher, or favorite teacher.