CARROLLTON, GA  Carrollton High School wrestlers no longer have to grapple for precious mat time, thanks to the Pope-McGinnis Student Activity Center providing a new, permanent home for the growing program.

Previously, the wrestling program had to share competition space with the Trojan basketball teams in the CHS gym. But now the new auxiliary gym in the SAC gives the team its own home, allowing Trojans to transition from the practice mats in the dedicated wrestling room to a cheering crowd of fans just feet away, as evidenced this past Tuesday night. 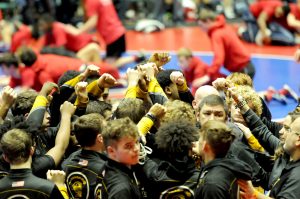 The Trojans rally together for a motivation talk from their coaches at last weekends GHSA State Duals tournament in Macon. Between varsity, junior varsity, junior high and club, the SAC serves about 130 wrestlers, some almost every day, during wrestling season.

The varsity team celebrated Senior Night by winning dual matchups between Westlake High School in South Fulton and local county opponent Temple. But the meet would not have happened on that day if it werent for the dedicated competition space. The Lady Trojan and Trojan basketball teams were focused on their own important region contests with long-time rival Rome at the same time, right across the road in the CHS Gym.

Michael Cleek, the Trojans head wrestling coach, cant say enough about how beneficial the SAC has been for the program.

We as a program love the facility because it gives us our own home, he said. Our program is growing and the new facility is a big part of it.

Cleek said this year there are 45 varsity/JV boys and 12 girls wrestling at CHS and 34 Carrollton Junior High competitors. A key development with the opening of the facility is its hosting of a USA Wrestling program, a non-school-affiliated club program for youth ages 4-12. That program, headed up by Associate Head Coach Nick White, currently has 40 boys and girls learning the fundamentals of wrestling and competing with other young grapplers statewide, further strengthening the Trojan feeder program.

This season the Trojans qualified for the Georgia High School Association State Duals, a state team competition held last weekend in Macon. The team is now prepping for the traditional season, starting with the area tournament weekend Jan. 31-Feb. 1, followed by sectionals Feb. 7-8 and the state championship tournament Feb. 13-15.

With the winter sports season about to wind down, the Pope-McGinnis Student Activity Center is already seeing spring sports taking advantage of the full-regulation-size indoor practice field. Boys and girls soccer and lacrosse teams have held practices and scrimmages on the field because of less-than-desirable winter weather conditions. Even tennis has used the SAC for early season conditioning for the same reasons.

We knew the student activity center would get a lot of use once complete, said Dr. Mark Albertus, superintendent of Carrollton City Schools. Our existing facilities had been overextended for quite some time. What is particularly gratifying is its versatility. It is truly a multi-use facility that greatly benefits our schools and community. 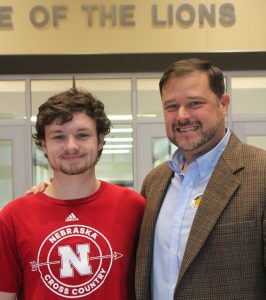 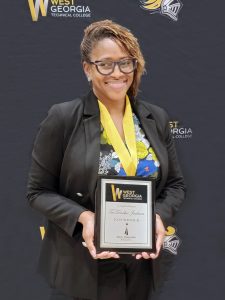 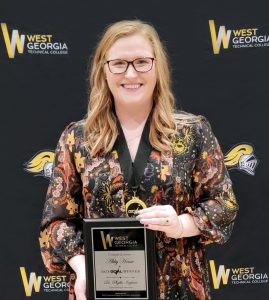 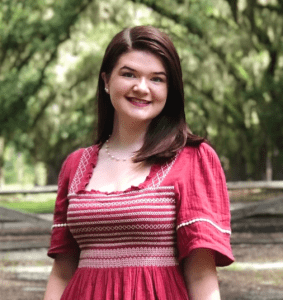 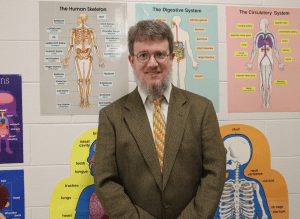