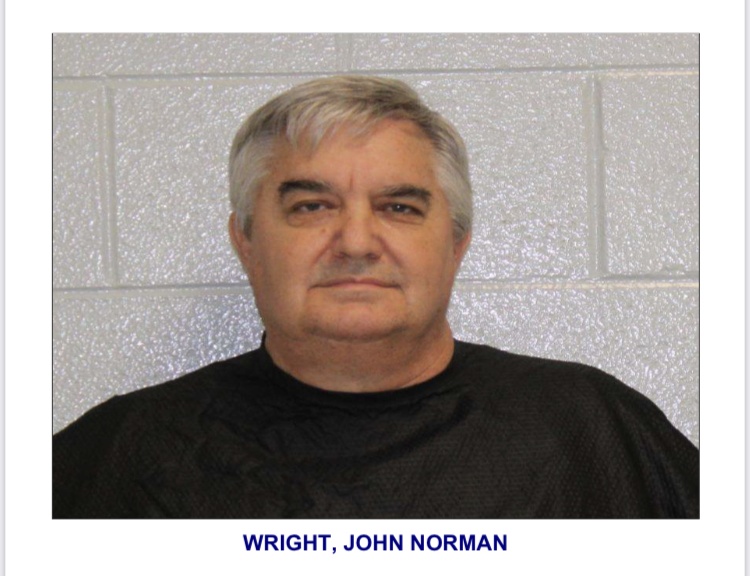 A 61-year old west Carrollton man faces multiple charges and has been banned from the Mt. Zion High School campus after he allegedly entered the school, became very aggressive and loud towards administration, and would not move his truck from the front door of the school.

A MZHS administrator told Carroll County Sheriff’s deputies that at approximately 11:10am Friday, a man had pulled up over the curb with his truck to the front door of the school; and, the man came into the front office towards the secretary and became very aggressive.

The man was yelling, acting aggressively towards a female, and demanding to speak with the school principal and the school resource officer, according to the report. The secretary reported that she became afraid and that she felt threatened by the male subject.

Several other people witnessed the man continue to yell loudly.

One witness stated she “saw the man go towards (Principal) Odom and get very close to him in his face. She said that she couldn’t tell what the man was saying, but she knew he was yelling at Odom. She said Odom told the man to get out of his face.”

Principal Odom reportedly told the man that he did not mind speaking with him but could he first move his truck to a parking space. The man refused and allegedly yelled – ‘no we are going to settle this right here.’

According to the report, both men exited the front of the building with the male subject continuing to cuss the school saying “he wasn’t going to take this s**t anymore.”

He then walked to the back of his truck, let his tailgate down and sat on it.

Odom asked the man what his issue was. He responded, that he was tired of hearing the “boom boom boom” sound coming from the school.

Odom apologized, adding that many times their Jumbotron sound or band is playing in the afternoon and at home football games.

The man responded by cussing. He showed Odom where he lived and said he keeps hearing the noise. The man then— according to the report — stood up in an “aggressive way” and “got close to Odom’s face while he kept berating the school.

As another person approached,  the man walked back to the driver’s side and got in his vehicle to leave. Odom told the man that he could not come back on the campus as he closed the door and drove off.

The male was later identified as John Norman Wright. His residence is nearby the school on Mount Zion Road.

Deputies served warrants on Wright Saturday. He is charged with two counts of simple assault, one count of disorderly conduct and one count of disruption of a public school.

He was released from the Carroll County Jail without a bond posted.