CARROLLTON, GA   It was late spring and one of the last general faculty meetings of the school year. Carrollton Elementary School teacher Shelley Amandolia, as she always did, paid special attention to the announcements and instructions to close out the year. But this time was a little different. During this meeting, the schools 2021-2022 Teacher of the Year would be revealed and she was one of the nominees considered for the honor.

When the time came, CES Principal Kylie Carroll said, cryptically, She is a child whisperer and a mighty prayer warrior. Everyone in the room knew who she was talking about  Shelley Amandolia.

Ms. Amandolia is a blessing to every student, parent, and colleague she meets, Carroll said later. She has a love for all kids, and she never fails to share her genuine joy with others. We are so fortunate to have her at CES and could not be more proud of her.

I must confess my peers honoring me as Carrollton Elementary Schools 2020-2021 Teacher of the Year still takes my breath away, said Amandolia. However, the words spoken by Mrs. Carroll (at that meeting) meant more than all the gold in the world. Her ending statement before announcing my name will forever be etched in my mind. I pray the Lord sees me in the same way.

Amandolia credits her faith as the guide of her moral compass. She also credits faith for getting her and her family through difficult times and for providing new opportunities to make a difference in the world.

Amandolia did not start out to be a teacher at all. She was a nursing student at Kennesaw State when, in 1993, her brother Danny was severely injured in an automobile accident, taken to Grady Memorials trauma center, and expected not to make it.

Due to many prayers and the wisdom of the doctors, my brother woke up in the ICU on Mothers Day with an amazing testimony, said Amandolia, although she said the accident left him with a traumatic brain injury that required intensive rehabilitation.

Danny was a high school senior with only a half credit away from graduating. When he finally returned to school, Amandolia said his teachers were amazing in supporting him every step of the way. He completed his English credit and was able to walk across the stage.

This whole experience made me rethink my career decision on becoming a nurse, said Amandolia.

Later that year, Amandolia and her husband Kenneth were expecting a child. They heard their son Austins heartbeat for the first time on Nov. 2, 1994. We were so excited about becoming first-time parents, she said.

The only other person who knew they were expecting was her brother. But the very next day, he was in another tragic accident. This time it took his life.

In less than 12 hours, our lives had been drastically changed forever, said Amandolia. A very intelligent man by the name of Job once wrote, The Lord gave and the Lord hath taken away, blessed be the name of the Lord. Strangely enough, these words bring to mind the factors which influenced me to become a teacher.

When their son was born, Amandolia was a stay-at-home mom who practiced on Austin what would become some of her signature techniques in teaching reading.

His ability to soak it in the letters, sounds, and words was exciting, she said. By the time he entered kindergarten at CES, he was a reader and I had developed a desire to teach.

Amandolia taught preschool at Tabernacle Baptist Church and worked closely with Sara Williams, a special education teacher at CES, who came to the program to support one of Amandolias students who had autism.

Mrs. Sara saw in me what I did not see in myself, said Amandolia. She encouraged me to join the team at Carrollton Elementary School, return to college, and change my previous major from nursing to teaching.

While finishing her degree, Amandolia worked as a paraprofessional at CES and took classes at night. She has since completed two more graduate degrees and is proud of all that work.

However, by far my greatest accomplishment in education would have to be my very first student, my son, Austin Amandolia, Carrollton High School honor graduate, class of 2013, she said. Teaching him to read and write developed a love for teaching, which catapulted me into my ministry and ultimately the calling God ordained all along. It has been a privilege to teach extraordinary little humans, while building forever relationships with them and their parents.  Each and every one of my students holds a special place in my heart, because I know they were directed my way for a divine purpose. 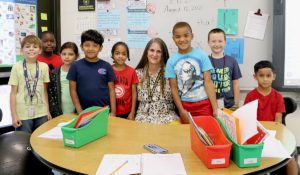 Shelly Amandolia poses with some of her students in her classroom. Some of her colleagues call her the Phonics Ninja because of her special gift in teaching struggling readers. 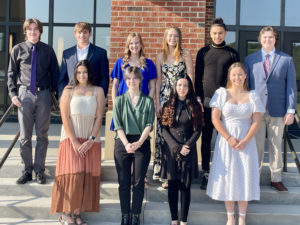 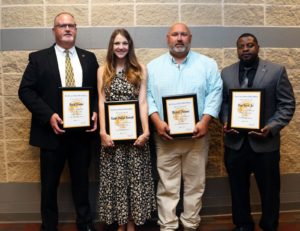 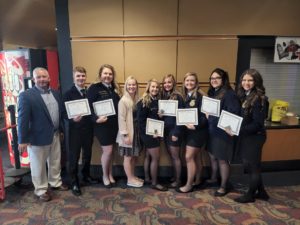 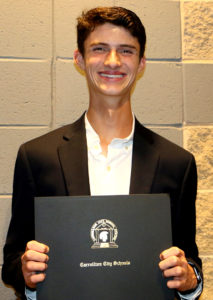