CARROLLTON, GA   In his early adult life, becoming a teacher never crossed Robby Blakemores mind. He had his sights set on becoming a stockbroker and getting rich selling investments during the internet boom. 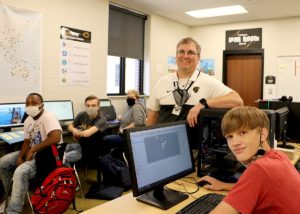 Unfortunately, the boom became a bust and my 22-year-old baby face couldnt make any deals, lamented Blakemore. I would make home visits and teach families money management skills, but walk away without signed contracts.

To pay bills, Blakemore turned to waiting tables at a restaurant. His quick ability to memorize the menu and his kind and patient personality led to him to become a successful trainer for new hires. It was at this point he had an epiphany.

After reflecting on both experiences, it was clear that I loved two things  teaching and learning, said Blakemore. That started my journey toward becoming an educator.

Last spring, Blakemore, who is now a popular Computer Science teacher at Carrollton High School, was selected by his peers to be the schools 2021-2022 Teacher of the Year. He is now in the running for the district title along with three other Carrollton City Schools school-level honorees.

Blakemore admits he had preconceived notions on what steps were required to be a good teacher.

In the beginning, I often thought the roadmap for success in the classroom involved carefully-crafted lesson plans that students would follow step by step. But as I evolved as a teacher, I started to value student input and honor their choices for education, he said.

Blakemore says this evolution is particularly evident in app development.

Early lessons of mine consisted of step-by-step instructions that every student would complete verbatim. It was a practical way to teach and learn programming, but it wasnt personal and engaging. Over time, I started simply teaching prototypes that would give students the know how, but they would have to provide the why. This changed the classroom, because although not everyone taking my class would become a programmer, everyone will eventually need to be equipped to solve problems.

Blakemore says not only can his students now solve their own problems, their efforts have even impacted the world.

I can recall countless examples of talking to students about their interests, issues they face, and problems they have, he said. The conversations would eventually lead to We should make an app for that!’

A prime example is the CHS Exam Hub, created when a student asked When is the next SAT? Another app, Trojan Sight Words, was created after talking to a student about younger siblings who could use help in elementary school.

Each app has a story and that makes it exciting as a teacher because every year brings new challenges and opportunities, said Blakemore. But it would be foolish to claim these as my accomplishments alone, because I am simply the conduit that helps students unlock their potential.

Blakemore notes a few years ago, two students worked together to make an app that would provide assistance for homeless people. One of the students was experiencing homelessness as he bounced from motel to motel.

My lesson plans never prepared students to take on this daunting task, but it empowered them to take on any problem with the tools to solve it, said Blakemore. Last summer, that app was highlighted as one of the Top Apps for Homeless people by a blogger in the United Kingdom. But he isnt the only one noticing. Blakemore said apps made by CHS students have been downloaded in more than 156 countries and have more than 25,000 downloads.

CHS Principal Ian Lyle said Blakemores teaching style is one that reflects positivity and opportunity that breaks down the wall of intimidation that could easily build up in such a challenging class.

Mr. Blakemore is a tremendous teacher leader at Carrollton High School, said Lyle. His leadership has been instrumental in the growth of our Computer Science program and helps sustain growth in many of our schools STEM initiatives. He truly inspires students and builds up their self confidence to take on challenging problems. Our students benefit from his knowledge and passion for education.

Blakemore said looking at what his students do after high school is where he draws his own inspiration.

I have mentored more than 20 regional champions in Future Business Leaders of America with four teams moving all the way to Nationals, said Blakemore. I have taught students who have attended universities like MIT and Georgia Tech. I have former students who are working at tech giants like Apple, Google and Microsoft. All of those student accomplishments have one common thread  problem-solving. Giving students the power and autonomy to become experts at solving their own problems is my definition of education. I consider that to be my greatest contribution as a teacher. 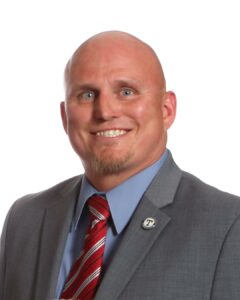 August 4, 2022 — John Garner, a teacher at Temple High School, has been named the 2022 Georgia History Teacher 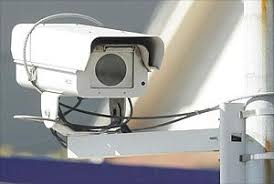 (Temple, GA) – With the start of the new school year approaching, the Temple Police Department announces the return of 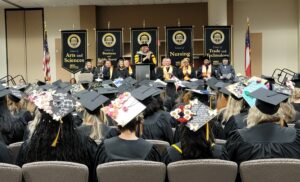 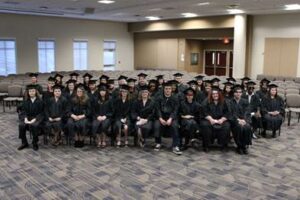 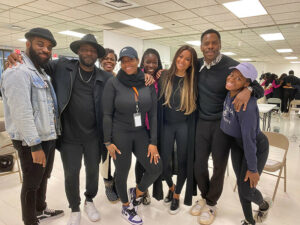 University of West Georgia theatre alumnus Terrence J. Smith ’14 thought this to himself many times during his first day 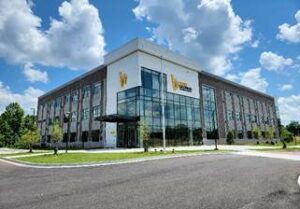