Jury Convicts Kevin James Lee Of Murder In The 1991 Disappearance And Murder Of Ann Margaret Berry, Judge Sentences To Life In Prison 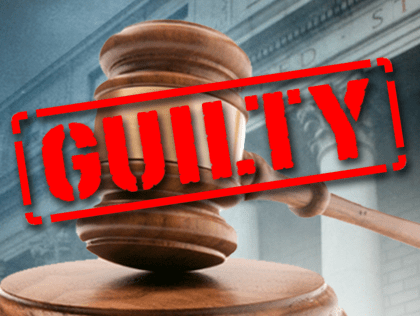 This week Kevin James Lee was brought to trial in front of a Coweta County Jury for the crimes of Murder and Concealing the Death of Victim Ann Margaret Berry in 1991.

The victim was reported missing in 1991 by her sister, her body was found in 2011, the defendant was indicted for her murder in 2012, and the defendant was finally arrested in California in 2018. Coweta Judicial Circuit Superior Court Judge Travis Sakrison sentenced the defendant to life in prison with the possibility of parole, which was the only allowable sentence under the law that applied at the time the crime was committed.

Assistant District Attorney Matthew S. Swope prosecuted the case and Major John Lewis of the Coweta County Sheriff’s Office (CCSO) was the lead investigator. This victim would not have received justice but for the relentless pursuit of justice by the victim’s sister and the dedication of Major Lewis over many years. Additionally, ADA Matt Swope worked tirelessly to prepare and present this trial, which consisted of evidence gathered over 30 years ago.

The evidence presented showed that the victim was an incredibly dedicated mother who would have never abandoned her children. In the spring of 1991, the victim discovered she was pregnant with her third child and seemed very excited about it. However, friends and family described the victim and defendant’s relationship as tumultuous. They argued often and the defendant was known to push, slap, and hit her. The victim’s family saw bruises and marks on the victim’s body and face, and saw holes in the walls of the home where the victim had been thrown into the walls.

said she was packing her and the children’s belongings and would be driving to her sister’s house in about an hour. The victim never showed up and was never heard from again.

Her sister called her multiple times that night and during the next day and drove by the house but made no contact with the victim. Her sister finally spoke with the defendant who told her that the victim had run off with her boyfriend and left the children. However, the victim’s sister knew that the victim did not have a boyfriend. Within a week, the defendant had taken the children and moved to Kansas. When the victim’s sister went to the home to clean it out, she found the victim’s clothing, jewelry, makeup and other personal effects still in the residence.

In the time after the victim’s disappearance, the defendant told inconsistent stories about the victim running away. In addition to the story about the boyfriend, he stated that she left with a white guy in a van, a black guy in a truck, and with a cocaine dealer. However, the defendant never filed a missing person’s report for his wife and the mother of his children. It was the victim’s sister who kept looking for her sister and filed missing person’s reports in 1991 and 1997.

On April 15, 2011, two boys who lived near the victim’s former residence were camping in the woods less than 100 yards behind the home. As they dug a fire pit, they came across a buried plastic bag containing skeletal remains. CCSO and the Georgia Bureau of Investigation exhumed the unmarked grave to find a complete skeleton. Over the next year, with the assistance of the University of North Texas Center for Human Identification and Forensic Anthropologist Dr. MariaTeresa A. Tersigni-Tarrant, the remains were identified as the victim.

CCSO Major John Lewis initiated an investigation and interviewed anyone who knew the victim and defendant. Major Lewis discovered the history of abuse and the litany of tales told by the defendant relating to the victim’s disappearance. Over 20 years after the victim’s disappearance, on May 8, 2012, Major Lewis obtained warrants against the defendant for murder and concealing the death of another. In 2018, the defendant was found living in California where he was arrested and extradited in early 2019 to Coweta County.

On March 7, 2022, more than 30 years after her murder, the victim’s case was brought to trial in the Superior Court of Coweta County. ADA Matthew Swope presented testimony of the victim’s family and friends, the testimony of Major Lewis, CCSO personnel and GBI agents, and Dr. Tersigni-Tarrant. After two days of testimony and evidence, it took the jury approximately one hour to return a verdict of Guilty on both counts: Murder and Concealing the Death of Another. After more than 30 years, Ann Margaret Berry’s killer was brought to justice.

District Attorney Herb Cranford wishes to convey his immense respect for the victim’s sister, who never stopped looking for her and who fought for justice for 30 years. Without her, this case would not have resulted in a guilty verdict. The DA further wishes to commend the Coweta County Sheriff’s Office, the Georgia Bureau of Investigation, University of North Texas Center for Human Identification, and Dr. Tersigni-Tarrant for their effort, against long odds, to give this victim justice. These agencies and this office will not give up on any unsolved murder case until justice is obtained for the victim.