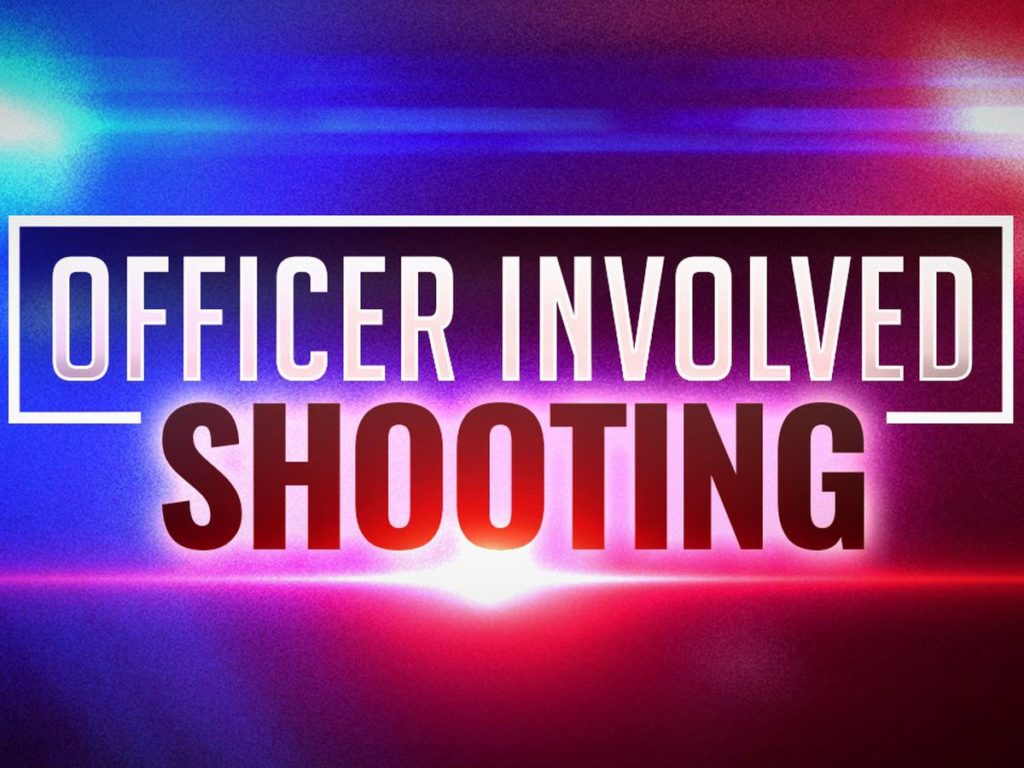 On April 18, 2021, the Coweta County Sheriff’s Office (CCSO) called the Georgia Bureau of Investigation (GBI) to conduct an investigation into an officer-involved shooting which occurred in the 100 block of International Park in Coweta County. GBI Special Agent (SA) Jeff Hatchett conducted an investigation into the facts and circumstances surrounding the shooting, which involved a man named Mario Clarke shooting at a Coweta County deputy, who was wearing an active body worn camera, and that deputy returning fire. Mr. Clark was shot and suffered gunshot wounds which paralyzed him.

On July 27, 2021, the GBI provided their full investigative file to the District Attorney’s Office for review. The purpose of the review was to determine whether the deputy was legally justified in using deadly force against Mr. Clarke. This office has completed its review of the evidence and has informed Mr. Clarke’s family of our analysis of the same. This office has concluded that the use of force against Mr. Clarke was justified and that there is insufficient evidence to prove beyond a reasonable doubt that the deputy committed a crime.

The GBI investigative file reviewed by the District Attorney’s Office includes the relevant incident reports, body[1]worn camera video, photographs, recorded interviews, radio traffic from the time of the incident, crime lab reports, medical records, and personnel records for the deputy who used force. In order to assess the deputy’s decision to use deadly force, the District Attorney’s Office also considered reports, 911 audio, body worn cameras, and video surveillance from an incident on March 19, 2021, when the deputy in question responded to 65 Covey Trail in Newnan, GA, where Mr. Clarke had exchanged gun fire with his father. The evidence relating to the incidents on March 19, 2021, and April 18, 2021, revealed the following facts.

On March 19, 2021, Mr. Clarke’s father called 911 to report that Mr. Clarke had discharged a weapon at him while they were both at the father’s home. The father said Mr. Clarke was acting strangely, and made comments about his father and the rest of the family being “imposters.” His father told 911 that he was trying to help his son, and the father asked Clarke if Clarke was in possession of a gun. Ultimately, Mr. Clarke and his father both drew weapons outside of the home, Mr. Clarke discharged his weapon at his father, and his father returned fire. Coweta County Sheriff deputies, including the deputy who shot Mr. Clarke on April 18, 2021, responded to the father’s 911 call and made contact with Mr. Clarke outside of his father’s house. The deputies asked Mr. Clarke to turn over his weapon but he did not comply. Ultimately, the deputies had to take Mr. Clarke to the ground and forcibly take possession of his gun. Clarke was then arrested for Aggravated Assault and Possession of a Firearm during the Commission of a Felony. This case was turned into the District Attorney’s Office for review. Given Clarke’s medical status, this office has chosen to decline to prosecute Clarke and considers the case closed.

On April 18, 2021, at 12:58 a.m., Newnan Police Department was flagged down in regard to a motor vehicle theft at 1 Amlajack Boulevard. There, they met with a victim who stated that an old friend from high school, named “Mario,” requested a ride while both men were at the RaceTrac gas station. The victim stated that the suspect then stole his vehicle by jumping into the driver’s seat while the victim was outside the car. The suspect then drove away with the vehicle.

Officers then showed the victim body-worn footage from a recent interaction they had with Clarke, and the victim identified Clarke as the perpetrator.

Meanwhile, officers from multiple agencies located and pursued the vehicle briefly on Interstate I-85. Clarke soon wrecked, abandoned the vehicle near mile marker 48, and fled on foot toward a wood line in the direction of the PetSmart distribution center. Officers set up a perimeter and brought in a canine to track Clarke, but they were unable to make contact initially.

At approximately 11:00 a.m., roughly ten hours later, Clarke was spotted by deputies walking through the parking lot at the Petsmart distribution center. When deputies attempted to make contact, Clarke again fled on foot, this time toward International Park. As Clarke fled, deputies noticed a handgun in his hand.

At noon, while driving around the established perimeter, the deputy who would ultimately use force observed Clarke run from the wood line near the Whitlock Recreation Center. The deputy was in his marked police vehicle and began pursuit. His body-worn camera captured the entirety of the encounter. The body-worn camera video shows the deputy point his Taser out of the driver’s side window and command Clarke to get on the ground.

Clarke looked back with a pistol in his right hand. The deputy then deployed the Taser toward Clarke, but it failed to incapacitate Clarke. Clarke then fired one round at the deputy’s patrol car and continued running. Clarke’s bullet struck the deputy’s vehicle and was later recovered near the fuse box in the engine compartment.

In response to Clarke’s use of deadly force, the deputy fired eight rounds through his windshield toward Clarke, striking him in the back. This deputy and other deputies then took defensive positions to protect themselves from any return fire. Clarke fell to the ground nearby, still in possession of the pistol. Deputies then tactically approached Clarke behind a ballistics shield. Clarke was non-responsive and deputies and other law enforcement officers were able to secure a 9mm Glock 26 handgun from Clarke’s presence. Deputies quickly rendered aid to Clarke, and Clarke was flown to Grady Hospital in Atlanta for further treatment. Clarke survived but remains paralyzed. It was later determined that his gun was stolen earlier that day from a vehicle in the PetSmart distribution center parking lot.

The District Attorney’s Office also learned that Clarke had been arrested in Henry County on January 6, 2021, and was subsequently charged with Terroristic Threats in Henry County Superior Court. Clarke was out on bond for that charge when he was arrested for the Aggravated Assault of his father on March 19, 2021. Clarke’s father posted Clarke’s bond for the Aggravated Assault and got Clarke into a mental health treatment facility, but Clarke ran away from the facility. Clarke’s father was trying to get Clarke back into custody when these events unfolded on April 18, 2021.

The District Attorney’s Office applied two Georgia statutes to the evidence in this case to assess whether the deputy’s use of force was lawful. Official Code of Georgia (OCGA) 16-3-21(a) governs when any person can use deadly force in defense of self or others. This statute holds that a person is justified in using deadly force if he “reasonably believes that such force is necessary to prevent death or great bodily injury to himself or herself or a third person or to prevent the commission of a forcible felony.” According to OCGA 16-1-3(6), a “Forcible felony” is any felony which involves the use or threat of physical force or violence against any person. OCGA 17-4-20(b) outlines three circumstances wherein an officer is permitted to use deadly force to apprehend a suspected felon. The three circumstances are “when the officer reasonably believes that the suspect possesses a deadly weapon[,]” “when the officer reasonably believes that the suspect poses an immediate threat of physical violence to the officer or others[,]” or “when there is probable cause to believe that the suspect has committed a crime involving the infliction or threatened infliction of serious physical harm.”

Prior to his flight from police, Clarke committed the offense of Hijacking a Motor Vehicle in the 2nd Degree, in that he stole a vehicle from the immediate presence of another person. OCGA 16-5-44.1(b)(2). Clarke then fled from police in the vehicle and on foot, and eventually entered another vehicle to obtain a firearm. The deputy who used force in this case was aware that Clarke was a wanted for the commission of the theft of the vehicle, which legally authorized him to take Clarke into custody as a suspected felon. Rather than surrendering to the deputy, Clarke fired his weapon at the deputy without justification, committing the additional felonies of Aggravated

Assault on a Law Enforcement Officer (OCGA 16-5-21), Felony Obstruction (OCGA 16-10-24), and Possession of a Firearm During the Commission of a Felony (OCGA 16-11-106). Further, as previously pointed out, the deputy who used force was aware of Clarke’s commission of Aggravated Assault on March 19, 2021, which means the deputy had an additional basis to regard Clarke as posing a threat of physical violence.

Given these facts, the deputy in question reasonably believed that Mr. Clarke was a suspected felon and his use of deadly force to apprehend Clarke was authorized pursuant to all three prongs of OCGA 17-4-20(b). Further, given that Clarke fired first at the deputy, the deputy was also authorized to use deadly force under OCGA 16-3-21, which allows for all citizens, not just law enforcement officers, to utilize deadly force when they reasonably believe that such force is necessary to prevent death or great bodily injury to themselves or a third person, or to prevent the commission of a forcible felony. In light of all of these facts and circumstances, the fact that Clarke was shot in the back does not change the analysis that the deputy was lawfully justified in using deadly force when he did. Mr. Clarke was clearly a suspected felon in possession of a deadly weapon, had already carjacked a citizen, had already fired his weapon at the deputy while running from the deputy, could have easily turned around and fired again, and clearly posed a significant danger to any other officer or citizen he encountered.

Because the deputy was justified in using deadly force to apprehend Mr. Clarke, the District Attorney’s Office declines to prosecute him for shooting Mr. Clarke and considers this matter closed.