The team of Kayla McGuinn and Jennifer Sanchez won the top prize in App Design for creating Piano Sights, an app that teaches how to sight read for a piano. With their first-place finish, the duo automatically qualifies for the March 14 state competition to be held at the Macon campus of Middle Georgia State University. 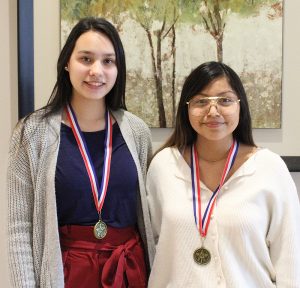 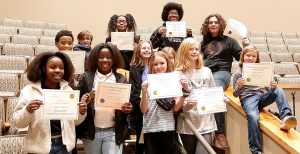