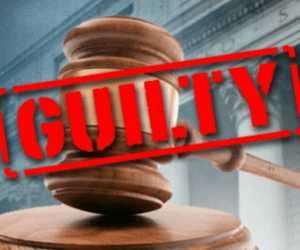 After a four-day trial which ended on March 3rd, Stenson Blake Gable, 23, of Carrollton, was convicted
by a Carroll County jury of Aggravated Child Molestation and Incest. Presiding Superior Court Judge Bill
Hamrick scheduled sentencing for April 14. For Aggravated Child Molestation Gable faces a mandatory
minimum sentence of 25 years without the possibility of parole and maximum possible sentence of Life.

For Incest, he faces a mandatory minimum sentence of 25 years and a maximum sentence of 50 years.
Assistant District Attorneys Scott O. Teague and Caley McDonald prosecuted the case, and were
assisted by Investigator Cory Millsap, Carroll County Sheriff’s Office (CCSO), who was the lead investigator.
The evidence presented at trial revealed that on August 20, 2020, Gable, then 21 years old, was contacted
by officers with the Carrollton Police Department (CPD) at the local Walmart regarding a report that he was at the store “checking out” young girls. Officers spoke with Gable, and obtained his cell phone for purposes of determining whether he had taken or was in possession of any inappropriate photographs. Gable had recently been kicked out of the home he shared with his parents and two minor half-siblings, a brother and a sister, after he told his mother that he had fallen in love with his 16-year-old sister.

The following day, on August 21, 2020, Gable was taken by his parents to CPD to retrieve his cell
phone. Officers were in the process of copying all the data off of his phone so that investigators could determine
whether Gable had any child pornography on it. During an interview with Inv. Kelly Bennett, CPD, Gable
admitted to having fallen in love with his sister and to having touched her breasts while they had lived in
Kentucky. Inv. Bennett then learned that Gable’s 15-year-old brother had recently told their parents that Gable had coerced him into allowing Gable to perform oral sex on him by threatening to hurt or molest their sister if he didn’t let Gable do it. Oral sex involving a minor under the age of 16 years constitutes the crime of aggravated child molestation. The fact that Gable performed oral sex on his half-brother constituted the second crime of incest.

Inv. Millsap, CCSO, was called in to take over the investigation due to the location of the crime being
in the Sheriff’s jurisdiction. During the course of the interview, Gable admitted to performing oral sex on his brother. At trial, the State called other family members whom Gable had abused while they all lived together in Kentucky.

District Attorney Cranford commends the work of the Carrollton Police Department, the Carroll County
Sheriff’s Department, and ADAs Teague and McDonald in working together to bring this child abuser to justice.

The DA hopes that those who have already been victimized by this defendant receive some solace in knowing that he will never abuse them again and that this defendant will not possibly be free to abuse any other children for decades at minimum.