A.C.E (Aggressive Crime Enforcement) Unit assists ATF (Alcohol, Tobacco, Firearms, and Explosives) in investigation that resulted in the arrest of three individuals for possession of a machine gun among other charges. 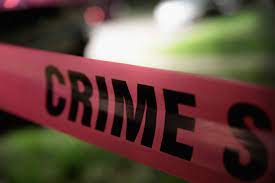 During the investigation it was discovered that a group of individuals, identified as 19-year-old Villa Rica man, Jayden Gaddy, 22-year-old Carrollton man, Tyrecus Caldwell, and 22-year-old Carrollton woman, Tyanna Dobbs, in possession of multiple Glock switches, (which can make a gun fully automatic), a machine gun, and multiple other illegal and stolen items.

Deputy Attison attempted to conduct a traffic stop on Gaddy’s vehicle on December 28, 2022, and the suspect vehicle neglected to stop. The vehicle continued to slow roll into a residence located in the 200 block of Ivy Court Carrollton. The Vehicle then came to a stop at the end of the driveway and the passenger, later identified as Caldwell exited the vehicle and began to flee on foot. Caldwell briefly went behind the house and returned to the driveway where he was apprehended by law enforcement.

A search warrant was performed on the residence on Ivy Court.

During the search of the residence, Investigators found approximately $17,200 in cash, 6 switches, one fully automatic machine gun, a stolen gun, 151 suspected oxycodone pills, and ammunition.

Tyanna Dobbs was charged with 2 counts of possession with intent and possession of a machine gun.

Tyrecus Caldwell was charged with obstruction, 2 counts of possession with intent, possession of a machine gun and theft by receiving stolen property.

Jayden Gaddy was charged with, theft by receiving stolen property and possession of a machine gun.

“ATF’s central objective is ensuring the safety of residents. To accomplish this mission, ATF will aggressively and acutely target individuals who seek to diminish the general welfare through violence, narcotics sales, and illegal firearms.” said Assistant Special Agent in Charge Beau Kolodka.

The A.C.E. Unit is made up of Officers from multiple agencies throughout the County that work together to aggressively and pro-actively patrol the area, and work alongside state agencies to remove criminals from our neighborhoods who are providing weapons and illegal substances throughout Carroll County and elsewhere. We are proud of all the hard work and dedication the A.C.E. Unit pours into their jobs daily to keep our community safe!