On September 17, 2021, Randall Harold Kittle, 51, of Carrollton, GA, pleaded guilty to two counts of Aggravated Child Molestation. Following plea negotiations and in anticipation of a September 27 trial date, Kittle entered a guilty plea, wherein Kittle agreed to serve 20 years in prison without the possibility of parole followed by 20 years on probation. He will be subject to a number of sex offender conditions of probation, including being prohibited from any contact with a person under the age of 18. Senior Assistant Sarah Japour prepared the case for trial and handled the guilty plea. Coweta Judicial Circuit Superior Court Judge Dustin Hightower accepted the plea and ordered the sentence. 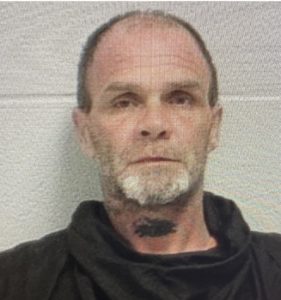 On April 8, 2019, the child victims disclosed to school system personnel that the Defendant, their stepfather, had been sexually abusing them for a number of years while they and their mother lived with him. The victims made the disclosure at the prompting of their classmates, one of whom had received text messages from the Defendant which made them uncomfortable. Following the outcry, investigators identified the Defendant as having been previously convicted of Child Molestation on May 19, 1999, for which he was sentenced to six years in prison followed by nine years on probation. While the Defendant was required to register as a sex offender for life as a result of the 1999 conviction, his sex offender conditions of probation, which prohibited contact with children, expired in 2014. Although law enforcement and the Department of Family and Children Services (DFACS) investigated the fact that the Defendant was living with children in 2015, no allegations of child abuse were uncovered and there was no lawful basis to remove the Defendant or the children from the residence at that time.

Following the 2019 outcry, the victims were interviewed by professional interviewers at the Carroll County Child Advocacy Center (CC-CAC), who are trained to interview children, they were medically examined at Children’s Healthcare of Atlanta (CHOA), and the case was investigated by the Carroll County Sheriff’s Office. This successful prosecution is a testament to the team approach taken by law enforcement, the school system, the CC-CAC, CHOA, and the DA’s Office to find the truth and obtain justice when children outcry about abuse. However, the lion’s share of the credit for this prosecution goes to the two young victims and their friends, as it would not have been possible without their support for one another and their courage in bringing this abuse to the attention of authority figures.