The city of Carrollton is expected to add additional eyes near the citys entrances and exits in hopes of aiding criminal investigations; and, once word gets out, they hope the additions will deter those with ill intent outside the city from coming in. Chief Joel Richards last week asked city officials to purchase 12-additional stationary […]

CARROLLTON, GA  Two  Carrollton High School techies have qualified to compete at the state level after winning first place in the West Georgia Technology Competition held Jan. 17 at the Carroll County Center for the Performing Arts. The balance of CHS competitors earned alternate status for placing second. The team of Kayla McGuinn and […]

CARROLLTON, GA  Carrollton High School senior Audrey Bests academic success led CHS Principal David Brooks to name her the schools 2020 STAR Student, and what has become a recent tradition at the high school, surprised her STAR Teacher selection with a quick visit to her classroom Wednesday to make the announcement. Audrey chose CHS […] 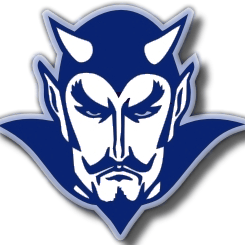 A group of talented musicians from the Bremen High School Band have the highest number of spots secured in the schools history in the District Honor Band and the All-state Honor Band as led by the GMEA (Georgia Music Education Association.) The District and All-State Honor bands have a limited number of seats, which are […]

CARROLLTON, GA  Carrollton High School wrestlers no longer have to grapple for precious mat time, thanks to the Pope-McGinnis Student Activity Center providing a new, permanent home for the growing program. Previously, the wrestling program had to share competition space with the Trojan basketball teams in the CHS gym. But now the new auxiliary […]