A 20-year old Carroll County Jail Officer is recovering from serious head and back trauma after sheriff’s deputies say an inmate attacked her during a routine check of his cell.

Public Information Officer Ashley Hulsey says during cell searches, officers learned that inmate 34-year old Patrick O’Neil Gentry had an item in his possession he was not allowed to have. Gentry became angry as the officer began to remove the item, he threatened her, and attacked her in a violent manner. 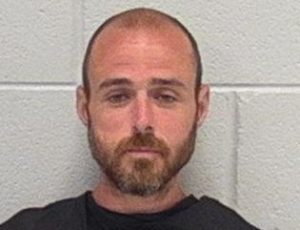 Gentry allegedly grabbed the officer by her hair and flung her over the rails onto the concrete shower below. The officer reportedly hit her head on a concrete partition.

Other inmates assisted jail officers in subduing gentry and providing medical assistance to the injured officer.

Gentry who was charged in August by the Villa Rica Police Department was serving time in jail for forgery, criminal damage to property, providing false information to law enforcement, and terroristic threats and acts. Gentry is now facing additional charges of aggravated assault against law enforcement, aggravated battery, and terroristic threats and acts in addition to criminal attempt to commit murder.

Sheriff Terry Langley has asked the community for prayers for the injured officer to have a speedy recovery and for the department as it handles this incident.