This autumn marks ten years since then 39-year old Brian Anthony Wehrle was last seen at his parents’ home in Carrollton.

Wehrle– living in Atlanta at the time– was in Carrollton for a few days prior to his scheduled meeting with the Carroll County Probate Court. He did not show up for that appointment and has not been heard from since. 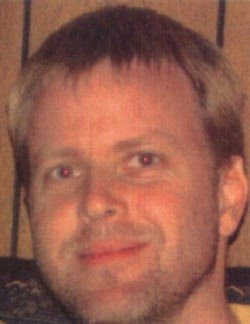 “The day before he went to court he actually visited one of his sisters, Anita Gay, who lives here in town. He left their house and he went back to his mom’s house on Lake Carroll. The house had been empty for several years so he would stay in it occasionally when he came down here. Sometime during the night, the neighbor actually woke up and was standing at her kitchen window and could see the house on Crescent Drive. She noticed Brian’s car, the Buick, sitting in the driveway. She wasn’t sure if it was Brian or not. She said the garage light was on and she could tell there was a figure standing in the garage. She just assumed it was Brian. We believe that was the last known contact.”

Cantrell said the next morning, the Buick was gone and so was Wehrle. He had left behind many of his possessions, including his cell phone and medication.

Approximately three months later, Wehrle’s Buick was recovered in Chattanooga, Tennessee. Its Georgia license plate had been removed and replaced with a stolen Tennessee plate. Some of Wehrle’s belongings were inside the car and its keys were in the ignition. Witnesses told investigators that the vehicle was parked on the street and abandoned in early October. No other leads were developed.

Move ahead to 2019… one new clue was uncovered just this past year by Carrollton PD Detective Meredith Browning, who was not an original investigator in the case but has since taken over. Browning learned that Wehrle’s original tag was documented by authorities in Coweta County within a few days of him being reported missing in 2009. However, Browning said additional details regarding why the tags were run by police are no longer available.

Browning encouraged listeners who may have information on Wehrle’s disappearance, or may have suspicions, to contact her at the Carrollton Police Department or through the department’s social media.